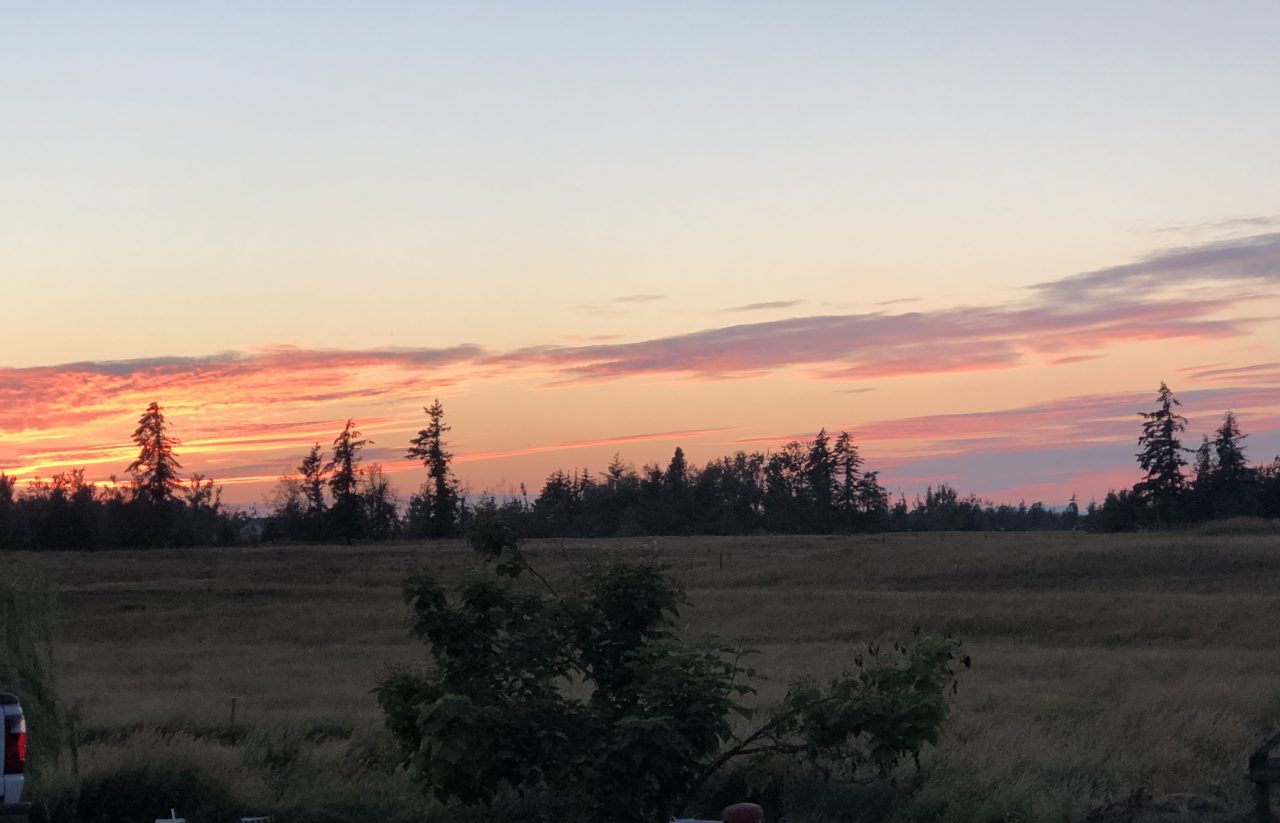 Happy Thursday my friends, I hope all is well with you and yours.  We’ve arrived at the end of May….goodness how time flies!  Seems like yesterday I was flipping through the full color catalog of different plugs to purchase, seed catalogs, websites and planning out the garden, sales and bouquet subscriptions….and now here I am frantically weeding the garden, waiting for things to either fail or thrive.  Most everything is growing….here are a few things that are thriving….

·  Bells of Ireland – only two of them are currently thriving, the other six are thinking about it

·  Lupines (not my seeded ones, but my ones from last year)

·  Snap Dragons (except the ones that reseeded themselves last year, those ended up with a horrible case of Rust, so they had to be destroyed, so sad)

·  Strawflowers have really perked up

·  Statice has also really perked up

·  Sunflowers (both the ones I seeded and of course the volunteer ones….they have to be removed because they will be hoggy while growing. I’ve decided to let a few stay, but this year I will be tougher on the volunteers)

·  Canterbury Bells…..these are the mystery plant that I couldn’t figure out what they were last year, they grew but nothing bloomed, they over wintered and started growing this Spring, so tall and upright and so happy putting on little buds….so excited to see what they look like!

·  Corn Cockle – also another mystery plant, I think last time I blogged I thought they were Bachelor Buttons that had blown in the wind and landed in the main garden, but indeed, it is Corn Cockle that reseeded itself. There isn’t a ton there, but I’ve harvested some already and have enjoyed watching it grow.

·  Bachelor Buttons – both the reseeded in the trough and the little planter on the greenhouse are blooming so pretty, I started more in pots for the weddings I’m going to be doing this summer – the Florist Blue is doing great – but the black ones from the Chocolate Flower farm are a bit behind.

Most everything else is thinking about it…just getting by…..

·  Asters go back and forth, their lower leaves are turning yellow and falling off, which I’m not sure is really an issue because the top ones are coming in lush and green.

·  Calendula looks weird, but appears to be putting on blooms

·  Cosmos are just hanging out

·  Marigold Beast….I’ve never grown them….they seem hardy and tall, but single stem, so I did some research and it says I’m supposed to trip them in the center….but I wonder how long the side stems will be when I trim the center, so it might be that I’m only growing them to harvest the blooms to dry…which isn’t horrible. My goal this year was to grow more to dry and use for later this fall anyhow.

·  Snap Dragons that I seeded are just odd, I’ve never seen such thick stems on them, I’m wondering if the Nitrogen was really such a great idea?

·  Dahlias are in both camps, some are doing great, some are putting on blooms at three inches tall (not great), some haven’t even come out of the ground – I specifically bought six specialty ones….none of which are coming out of the ground yet…of course….

·  Amaranth is holding it’s own mostly, but some of it is already putting on blooms, it’s only five inches tall, so those need to be snipped, I don’t think it will effect the overall blooms later, but we shall see

I’m just about finished fulfilling three spring subscriptions. I’ve received some very positive feedback from the ladies who have been receiving the flowers. I of course always worry, are they big enough, will the flowers be enough, will people be happy with the amount.

One of my ladies is on vacation, she’s missing out on some wonderful Stock flowers, but that just means more to me and my other clients! I did post on my page that I had several for sale, I’m tired of reaching out to people and letting them know individually, maybe it’s the rejection part that I don’t like. If they are interested, people know by now that I have flowers. I remember last year people would just drop by randomly to see if I had flowers – if I had known they were coming I could have been prepared!!

I’ve managed to get through rows 2A & 1B entirely, in addition to part of 2B on my own. I had a 14-year-old boy come over to help me with 1A yesterday, he took 2 and half hours on 1A and didn’t finish….honestly it is a tough row to get through, weeding around mature Stock is tricky. He announced he was finished at one point – at which time I said…. “In the interest of teaching, and not wanting to pick over your work, take a look at my finished rows then look at yours and let me know if you are finished.” He took that well, and went back to work for a while longer. His row is still not as good as mine, but I’m older and a bit more picky, maybe too fussy of a boss…. a majority of it is finished, but I will need to go back over it. We will see if he comes back for more torture. He worked hard, didn’t complain and was very polite.

I went to pick up new irrigation today, chatted with the guy at Hardware Sales, highly recommend chatting with Wes….he seems to know his stuff. We shall see how well after all the new irrigation gets put in. We were having an issue with all the hoses leaking a huge pool of water only 24 inches from the connection, and no water at the end. When I told him how long our rows were, he said…”I don’t recommend those types of soaker hoses for more than four to five feet”….well Wes….they worked just fine last year, but didn’t last because it was torn and fallen apart. This new stuff is called emitting hose – holes every six inches that spay out….so we shall see what how we do. So, we are trying something that should last longer, and will be much more efficient, a bit more than double the price of the old stuff, but…..better quality – supposedly. And..because I finally went to get new irrigation, we were blessed with a bit of rain today, .05 inches the weather station says….not much at all, the sooner we get things hooked up the better.

Our vacation was amazing – so much fun with the kids and grand kids – seeing my children interact as adults & as parents is such a precious gift that I cannot even express my happy heart enough. My son being an uncle, my daughter being an aunt, both of them being parents, it’s such a delight to see their growth and maturity as humans and as family units. I could go on-and-on, but I will stop there.

Thank you so much for stopping by, I started this post this morning, but the computer wasn’t being very cooperative, nor was my body, so I’m just now completing it Thursday evening. Be sure to take some time for self care today, take it easy this long weekend. Until next time, hugs to you! 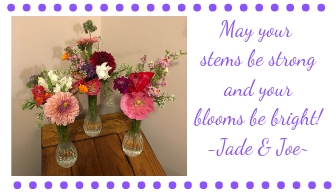